Radio
Using the daily data collected through GeoPoll's Media Measurement Service, GeoPoll has analyzed the top Radio stations at the national level in Uganda for Q3 2016. We examined both ratings and share for the top stations in Uganda. The below chart shows the average ratings for the top stations throughout the day: 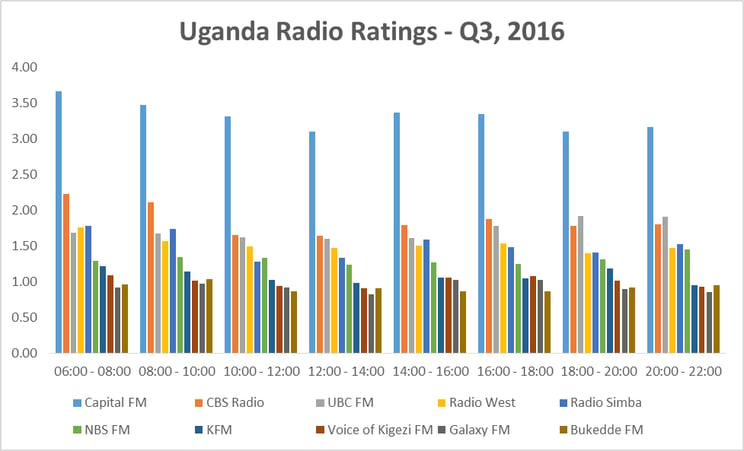 The above graph shows that capital FM takes a consistent lead in the ratings nationally with its highest rating being between 6-8AM with an average of 3.66. There is a stiff competition amongst the other stations nationally. 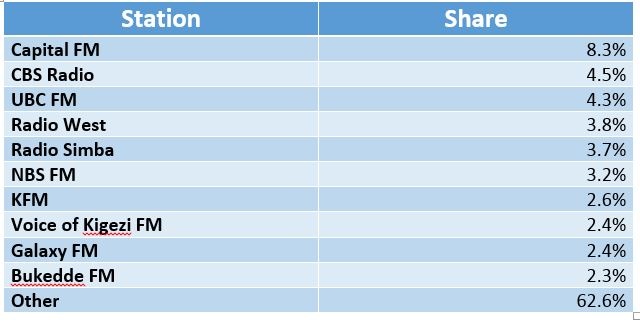 Capital FM has the top spot, averaging 8.3% of all listeners followed by CBS Radio with an average share of 4.5%. UBC achieves the third share with an average of 4.3%, slightly less than CBS.
The highest share for other stations outside the top 10 which averages 62.6% indicates a large number of radio stations in Uganda, which broadcast across the country at regional level. 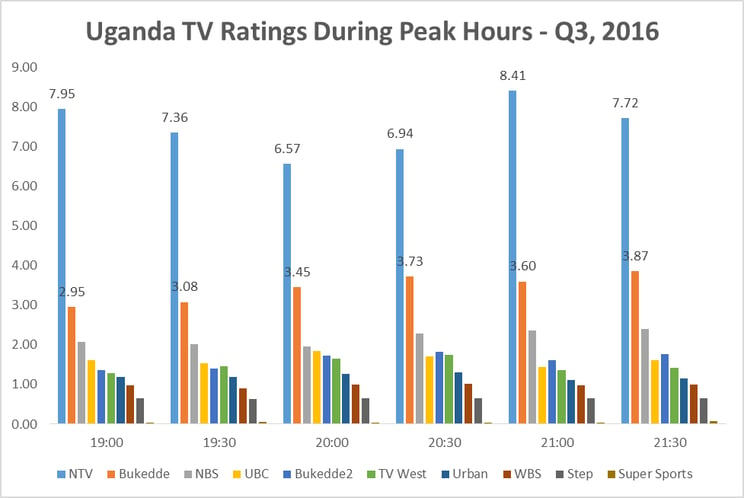 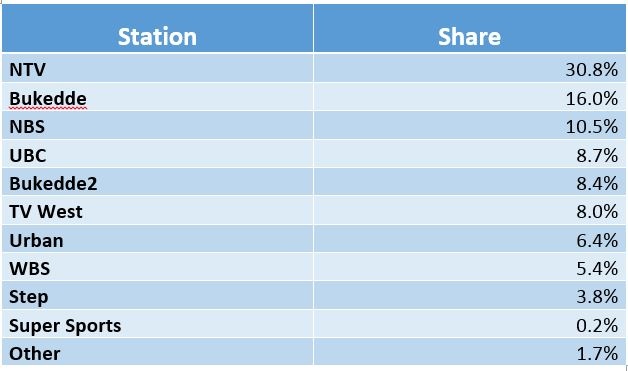