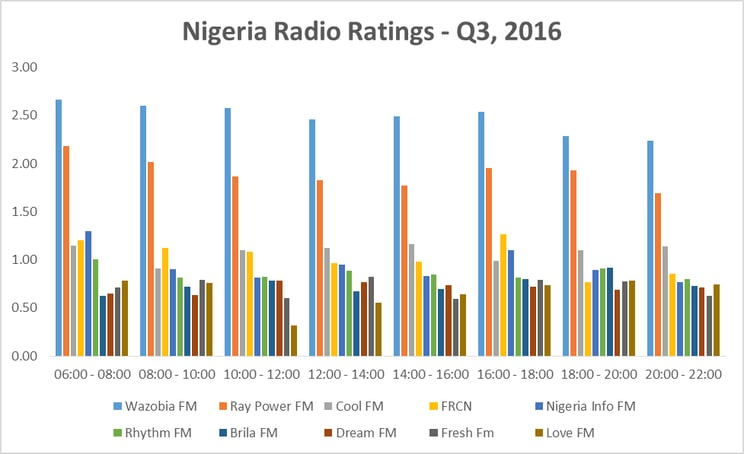 The above graph shows that Wazobia FM takes the lead in ratings at the national level throughout the day followed by Ray Power FM. Wazobia FM has its highest ratings between 6-8AM with an average of 2.66. There is a great competition for the third average between Cool FM, FRCN and Nigeria Info FM.

Wazobia FM has the top spot, averaging 9.0% of all listeners followed by Ray Power FM with an average of 6.9%. Cool FM has an average of 3.9% thus achieving the third share with a slight difference from FRCN which has an average share of 3.7%. The high share % for other stations outside the top 10 indicates the large number of radio stations in Nigeria, which broadcast across the country at a regional level. 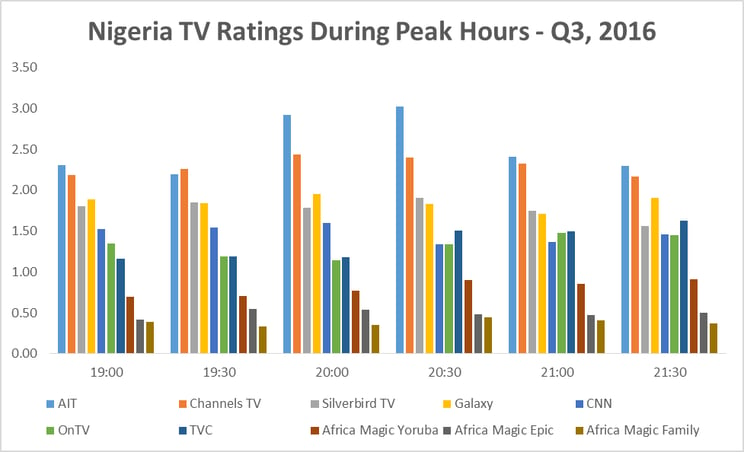 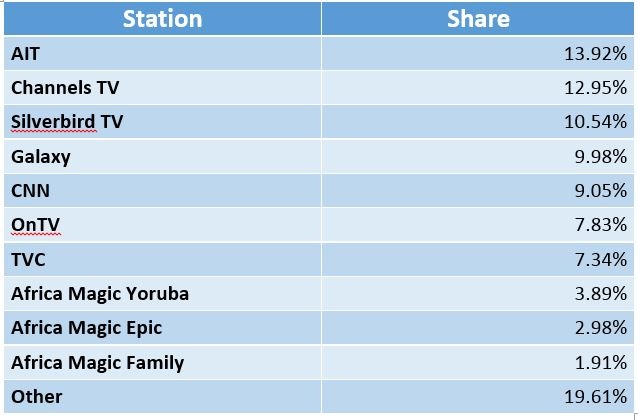