We are pleased to provide you with a Media Measurement report with audience statistics on Top TV Stations and Top Radio Stations for Quarter 3 2016 in Mozambique, where the GeoPoll Media Measurement service is currently available . 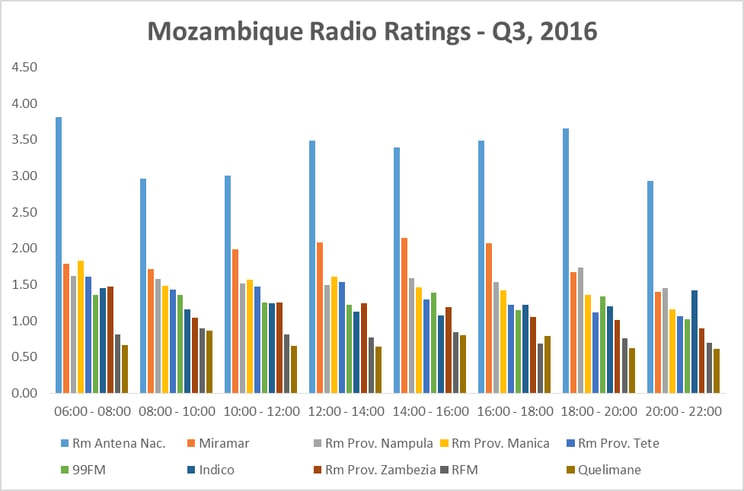 The graph above shows that Rm Antena Nac. leads in ratings at the national level throughout the day with its highest rating being between 6-8AM at an average of 3.81. Miramar achieves the second rating nationally between 8AM-6PM. There is a stiff competition in ratings amongst the other stations. 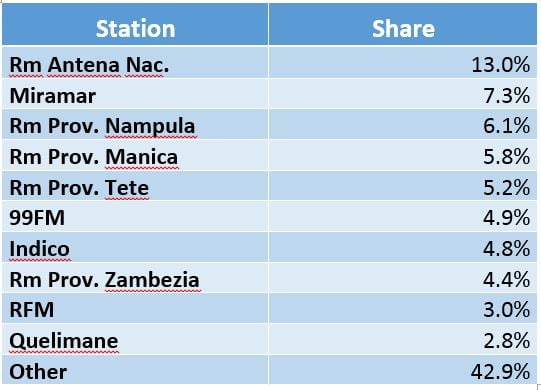 Rm Antena Nac. Achieves the top spot with an average of 13.0% of all listeners, followed by Miramar with an average of 7.3%. Rm Prov. Nampula captured 6.1% average share with a slight advantage over Rm Prov. Manica which achieved an average share of 5.8%. The high share % for other stations outside the top 10 indicates the large number of radio stations in Mozambique, which broadcast across the country at a regional level.

The below chart shows the average ratings for the top 10 stations during the peak hours, from 19:00 to 21:30 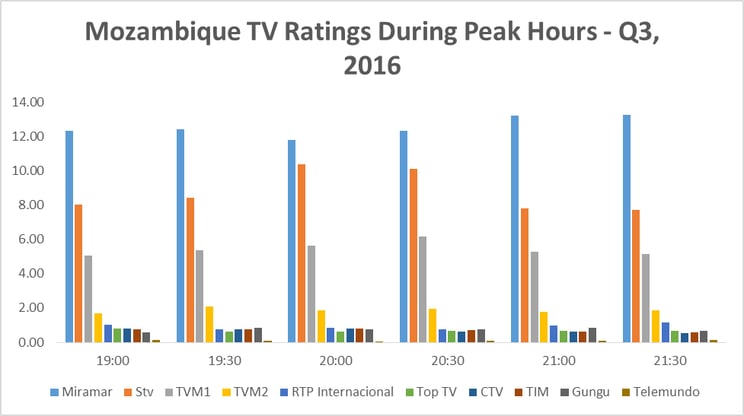